- July 28, 2020
I'm a bit late posting about this as all the buzz was almost two weeks ago, but I'm happy to say that we have recently published one of the major papers from our NERC project at Paisley Caves. The project is almost at an end, and I'm pleased we managed to get everything done on schedule and within budget (including an extension due to my maternity leave halfway through!). What a wonderful 4 years it has been working on this amazing site. I can't believe it's been 3 years since I was blogging about our fieldwork out in Oregon. So much hard work has gone in since then, especially from our postdoctoral researchers John Blong and Helen Whelton, and I'm really proud of the whole team.
In summary, we applied a new lipid biomarker approach to identify the species of coprolites. Previously these had been identified using ancient DNA, but there were concerns regarding possible contamination and movement of DNA in the sediments. There is a lot we still don't know about how DNA behaves in sediments, and there are studies that show it can move several meters when you have certain types of soil, and water moving through them. DNA is water soluble you see. In Paisley we have evidence that water was moving through periodically, which is a real problem for the DNA. The lipid biomarker method doesn't have the same problem. Our analyses confirmed that many of the Paisley coprolites were indeed human, but there were some disgareements with the DNA data in some cases. We also had one example of human and dog DNA and faecal bioamarkers in the same sample. This was seen as evidence of contamination in the original study, but to have faecal biomarkers from both dog and human in the same sample, the only possible explanation is...coprophagy!! Lovely! Sounds crazy but of course it's a behaviour that is seen commonly in dogs and other members of the animal kingdom, and shows clearly that humans and dogs are living togeither in the cave - the dogs are very likely to be domesticated.
The process of publishing a paper in Science Advances was unlike anything I've experienced before. It was super rigorous, which is a good thing, but the back and forth about tiny details of formatting and phrasing not so much. The strict embargo and 'press package' were also something I have not had to do before. We went with this journal as it's high impact and has a huge audience, and for our early career team members it is especially important to publish in these types of journals. But the downside was that it was incredibly slow to get the results out, compared to other papers I've published. I'm undecided whether to do this again. I wonder if Newcastle's own press office would do just as good a job of getting the word out there, without the faff.
I always find it a bit daunting talking to reporters, but managed to do a good Zoom interview with a journalist writing for the New York Times, and they did a great piece on our work that really reflects the full extent of the research. This one we did with Gizmodo via email. It is really great that we have this new method for identifying human coprolites, but the really exciting stuff is what we can say about the people. Seriously, coprolites are so fascinating, and the stuff we are finding in the famous Paisley poo is giving some fascinating insights into what people were doing at the end of the last Ice Age. We have another paper coming out soon, led by our team member Dr John Blong, who recently started a position with Washington State University. Once this is out I'll post another update with more information on what people were eating... 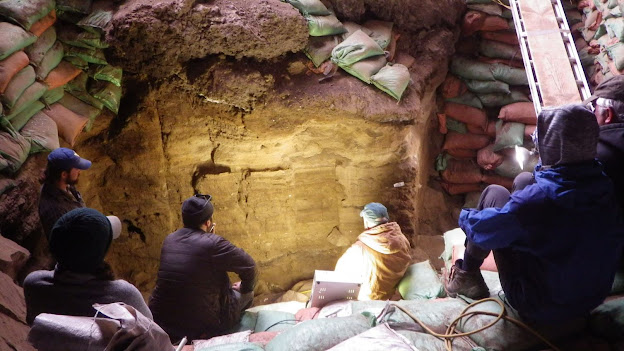