Microfossil in a Micrograph of the Month

- November 08, 2017
It's been a while since I did a monthly microfossil or micrograph post, so I thought I would share this nice example of something combining both. This is a midden deposit from the early Neolithic site of Bonkulu in Turkey - the large greyish object in the middle is a very highly silcified conjoined phytolith from a reed stem/leaf, embedded in a matrix of mixed ashy debris. There is a resemblance to an earlier micrograph I posted from the Babylonian site tell Khaiber, which also contains large mutlicelled reed phytoliths. The deposits at Boncuklu are chock full of these large Phragmites reed phytoliths, likely to be from burning these substantial plants as fuel. The macrobotanical record from the site also contains large volumes of reed stem charcoal. 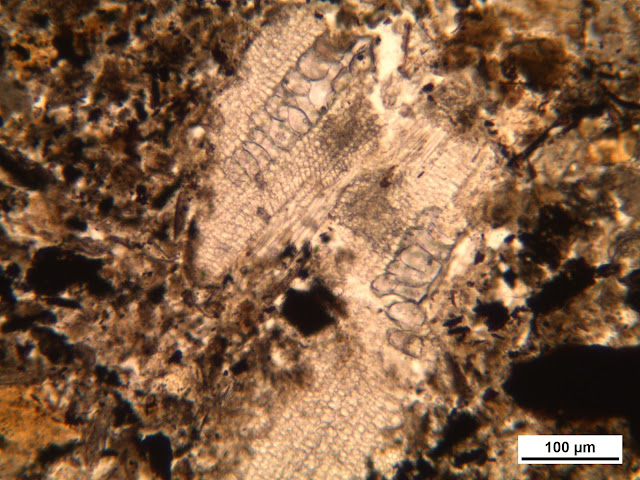