- September 08, 2015
Like many archaeologists, and people in general, I am deeply saddened by the ongoing destruction of cultural heritage in Syria, and the plight of the people who have become refugees. Every time there is a new horror story in the news, I've been going back to my photographs from the time I spent in Syria in 2010. I didn't have time to go and see Palmyra, and it saddens me that I will never get the chance now. What saddens me more is that I have no way of knowing what has happened to the Syrians I met while I was working there. The lovely guy who helped me with my paperwork at the border crossing from Turkey, and made sure I got on the right bus to get to Baniyas. The lovely family I met, who gave me a Syrian pop music CD and a carved cowry shell. The shopkeepers at Al-Hamidiyah Souq who sold me olive soap and beautiful inlaid boxes. The local man who showed me around Margat castle - we couldn't communicate well as he had no English and I have even less Arabic, but we somehow managed with smiles and gestures, and he asked me to take his photo. To think that only 5 years ago they were just ordinary people going about their day to day lives, and how quickly their world has been torn apart. I am bloody awful at taking photos when I'm away doing archaeology. I have folders full of soil section photos and only a handful with actual people in them. I wish I'd stayed in touch, instead of assuming I would just see them again next field season. I hope they have managed to find somewhere safe. I wish there was more I could do. I found this blog useful that suggests some of the things that we can do to help Syrian refugees. 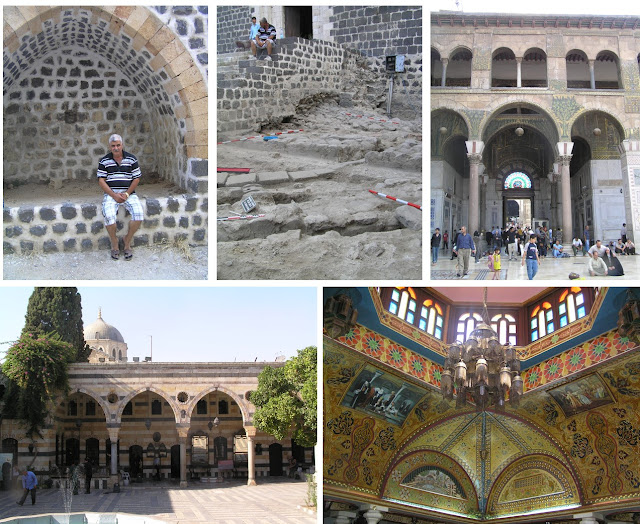