- October 14, 2015
The beginning of the semester at Newcastle is just flying by. So many exciting opportunities for the future - but right now a little something from the past. Back in 2010 I started a postdoctoral position with the BioArCh group at the University of York, investigating food residues in pottery from Durrington Walls, thought to be the settlement that housed the builders of Stonehenge. I've blogged about the progress of the project on a number of occasions, and wrote about it for the Day of Archaeology back in 2012. This week the academic paper from all that hard work was published in Antiquity journal, along with a university press release, and it's very satisfying to see the final results in print. Being related to Stonehenge, I suspected it may be of general interest, and I was quite excited to see whether the media would run the story. I spent yesterday evening watching with a combination of awe and horror at how this process unfolds - a carefully worded story of science has been interpreted either as 'they liked to barbecue after work' or 'they ate a lot of cheese'. Sigh. That's one way of looking at it. Sort of.

The BBQ bit is pretty accurate -  the animal carcasses with burnt extremities is pretty definitive - but it is the implications of this practice that is the most exciting part of the story. Building Stonehenge would have required a huge number of people, and a significant level of organisation and cooperation. These 'feasting' remains point to one of the processes by which these people came together in a large group, and tells us a lot about this society. The cheese bit, well - we found dairy fat residues, which tended to be in the small 'hand sized' pots, rather than the large 'cauldron' types that the pig fats were found in. We can't say definitively which dairy product this was, though yogurt or cheese seem more likely than milk. Though I do like the idea of these being little milk drinking cups! Again, the interesting bit is the prevalence of the different food types - a relatively small proportion of dairy products, and only in some areas of the site, compared to a huge abundant of meat. Another take is that dairy products were the 'food of the Gods' - the restriction of dairy to 'ceremonial' areas supports the idea of a ritual purpose, though not necessarily for the 'gods'. 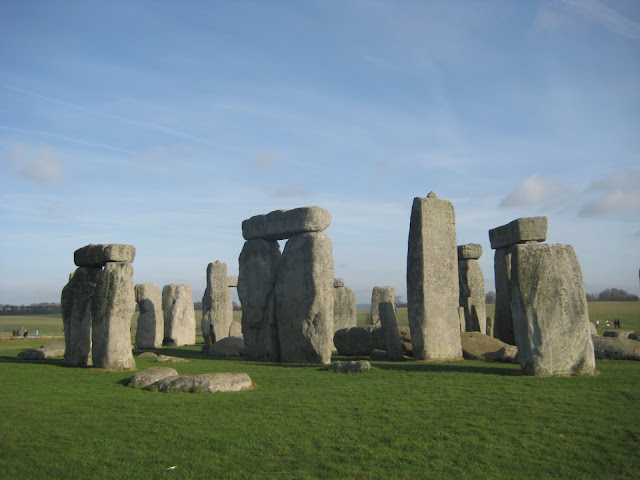