Microfossil of the Month - Globigerina Ooze

- September 23, 2015
A bit of a geoscience themed iPhone micrograph for September (I am getting quite good at this iPhone down the eyepiece photo taking thing). Yes, there really is a sediment called ooze...Globigerina ooze! Archaeologists are probably aware that much of our global scale climate reconstructions come from the isotopic analysis of deep sea sediment cores, and Globigerina ooze is one of these sediments. Huge areas of the ocean floor are covered in this stuff, which consists largely of the shells of various foraminifera, of which the species Globigerina bulloides is the most common. The shells of these little creatures are composed of calcium carbonate (CaCO3) and it is the oxygen component of this that is used for oxygen isotope analysis in the reconstruction of temperature in the past. The name Globigerina ooze was first used to describe the sediment during planning and construction of the earliest transatlantic telegraph cables. They are very delightful looking little things, and although we don't really come across them much in archaeology, they do turn up occasionally in building materials for example, and it is useful to be able to distinguish them from other microfossils such as diatoms and pollen. And even though archaeologists don't work on deep sea cores, we certainly rely on the climate data from these analyses. In order to understand climate and environmental change on archaeological timescales, we must understand the wider context of global environmental change in the Quaternary. 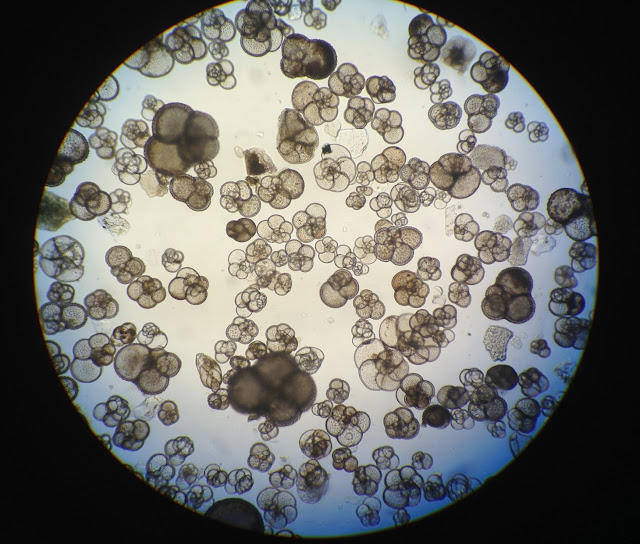