Stonehenge in a global context

- November 20, 2014
English Heritage have just published a time line showing Stonehenge in a global context, and where it fits in with other major archaeological sites and monuments across the world, and also an interactive map showing what was going on in the rest of the world at the same time that Stonehenge was being built. These are the end products that came out of a report that I was commissioned to produce a couple of years ago on the world in 2500 BC, as part of the new Stonehenge visitor centre that launched earlier this year. The way archaeology is often taught, we tend think of sites in an isolated way, or simply in a regional landscape, rather than thinking of what the world as a whole was like, especially in early prehistory. Stonehenge is such an iconic monument in itself, that it is easy to forget that is was part of something bigger. 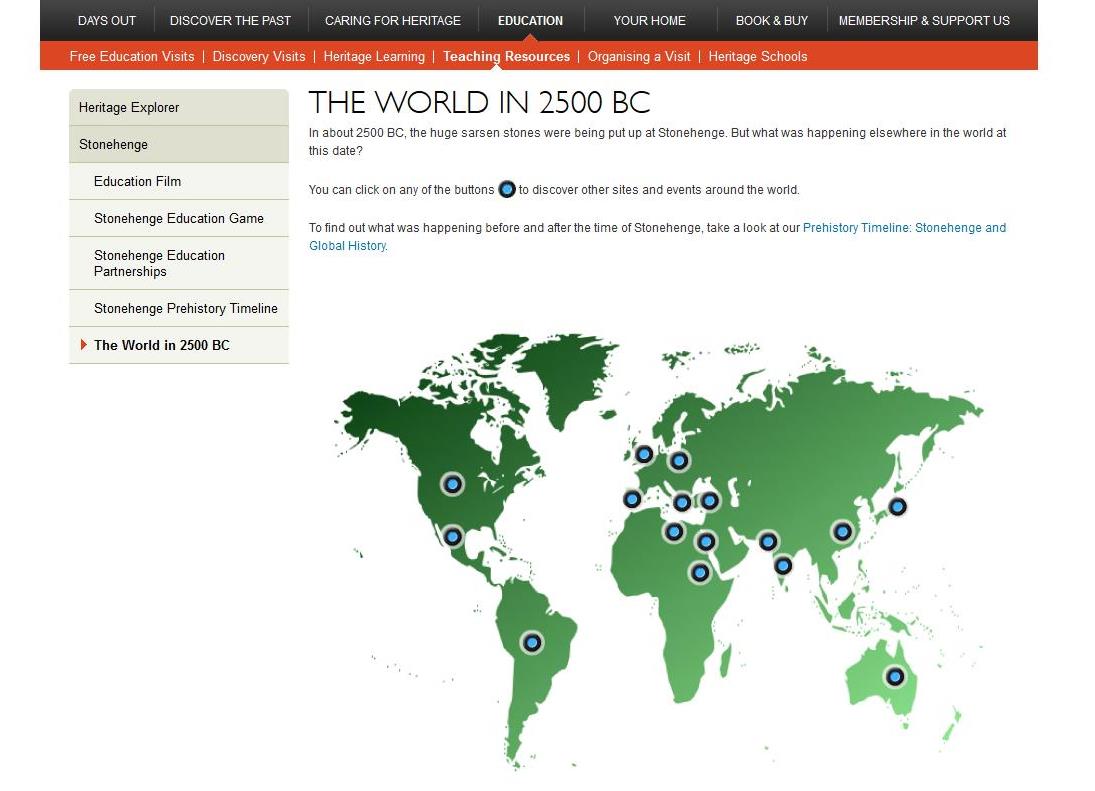 The English Heritage time line is a great way to visualise world archaeology, and to demonstrate which sites were contemporary with each other. It also highlights that the world was bit more complex than suggested by the traditional model of hunter-gatherers transitioning to settled farmers. Did you know for example that whilst Stonehenge was being constructed, people in central America were beginning to cultivate maize, whilst in north America most cultures are subsisting as nomadic hunter-gatherers, but were also engaged in monument building -  the mound of Watson Brake had already been built and abandoned by this time. In Japan the Jomon culture is flourishing, with people living in paved pit houses, but still subsisting mostly on a 'hunter-gatherer-fisher' basis. In the Indus Valley (a region that covers areas of modern day Afganistan, Pakistan and NW India), the Harappan civilisation is flourishing with full scale agriculture, and an early form of writing is being developed. The great city of Troy in Turkey is at its peak, and Gilgamesh (of Epic fame) is ruling in Mesopotamia.
English heritage stonehenge world archaeology