Micrograph of the Month: The Other Paisley Poop

- October 02, 2014
Paisley Caves became well known a few years ago for it's famous coprolites, or fossil faeces, which were found to contain human DNA, dated between 14,170 and 14,340 cal. BP. Although there have been questions over the identification of these as human (and work is still ongoing), this ancient DNA analysis currently provides some of the earliest evidence for human occupation of North America. The research at Paisley has been key in demonstrating the utility of coprolites as an archaeological ecofact that can contribute to the wider picture of the human past, rather than simply a 'novelty' area of study or one which is purely ecological. But human poop isn't the only kind we find at Paisley Caves, in fact it isn't even the most common, by far! In this month's micrographs we have pictures of the poop that occurs most frequently at the site, bat poop. This stuff is fascinating, and is a huge contributor to the sediment profile of the caves. In the upper left at the lowest magnification you can see how thick layers of sediment in the cave are composed almost entirely of bat droppings. The pellets vary in size around 3-4cm. The black arrow points to a tiny bone fragment, and the blue arrow points to the distinctive compound eye of an insect that has been eaten. In the lower left image is an example of what the bat dropping deposits look like from lower down in the sequence. Due to compression and decomposition, the individual pellets have started to fuse together to the point where it is difficult to see individual pellets at the macroscale. On the upper right we have a close up at x100 and x200 of an individual pellet, where you can see the insect eye more clearly. 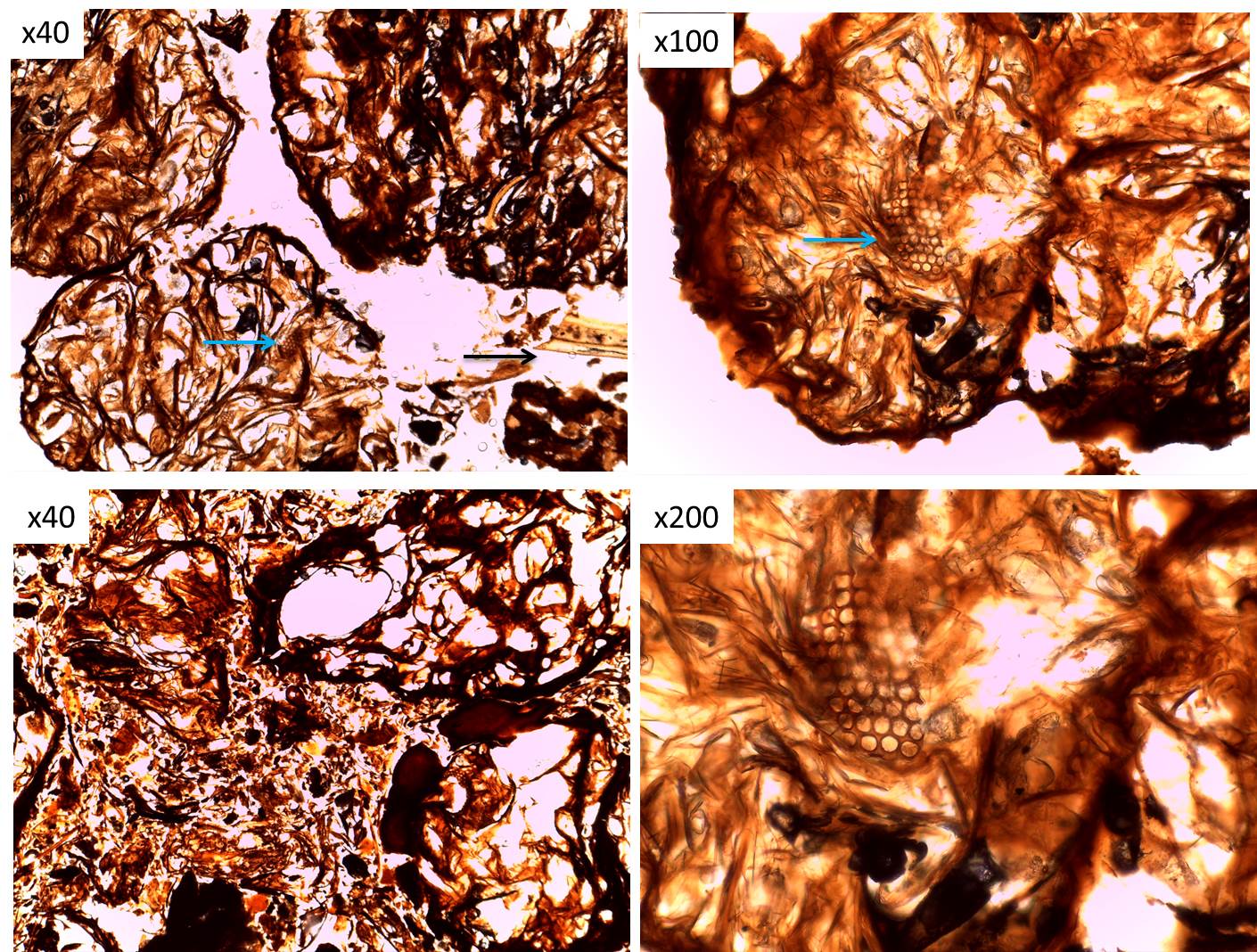