Micrograph of the Month: Char and Charcoal

- July 04, 2014
Getting ready for upcoming fieldwork at the Ness of Brodgar by going over the micromorphology slides I collected last year from middens. Analysis of these is still ongoing, but here is a peek at some of the things we can see so far. The image below shows two different types of material, char and charcoal. On the left are the images in PPL, on the right, XPL. Charcoal can be seen in the lower left image, and obviously is the remains of burnt wood, we can see the cell structure quite clearly. On the upper left however is something that initially looks like charcoal, but on closer examination is a little different, tentatively interpreted as char. Char is a term given to burnt debris from other organic material. I haven't see this in any other slides I've analysed, but it has come up in a couple of references, where it is suggested to be the result of fat burning. At first I thought perhaps the charcoal could just be highly broken up and degraded, but it looks as if the charred material actually surrounds individual sand grains (highlighted with red arrows), which supports the burnt fat hypothesis. This would fit with what we know about the consumption of animals at the site, as animal fat residues have been found in pottery. These 'char' deposits are found throughout this slide, and perhaps relate to the discard of BBQ waste :) 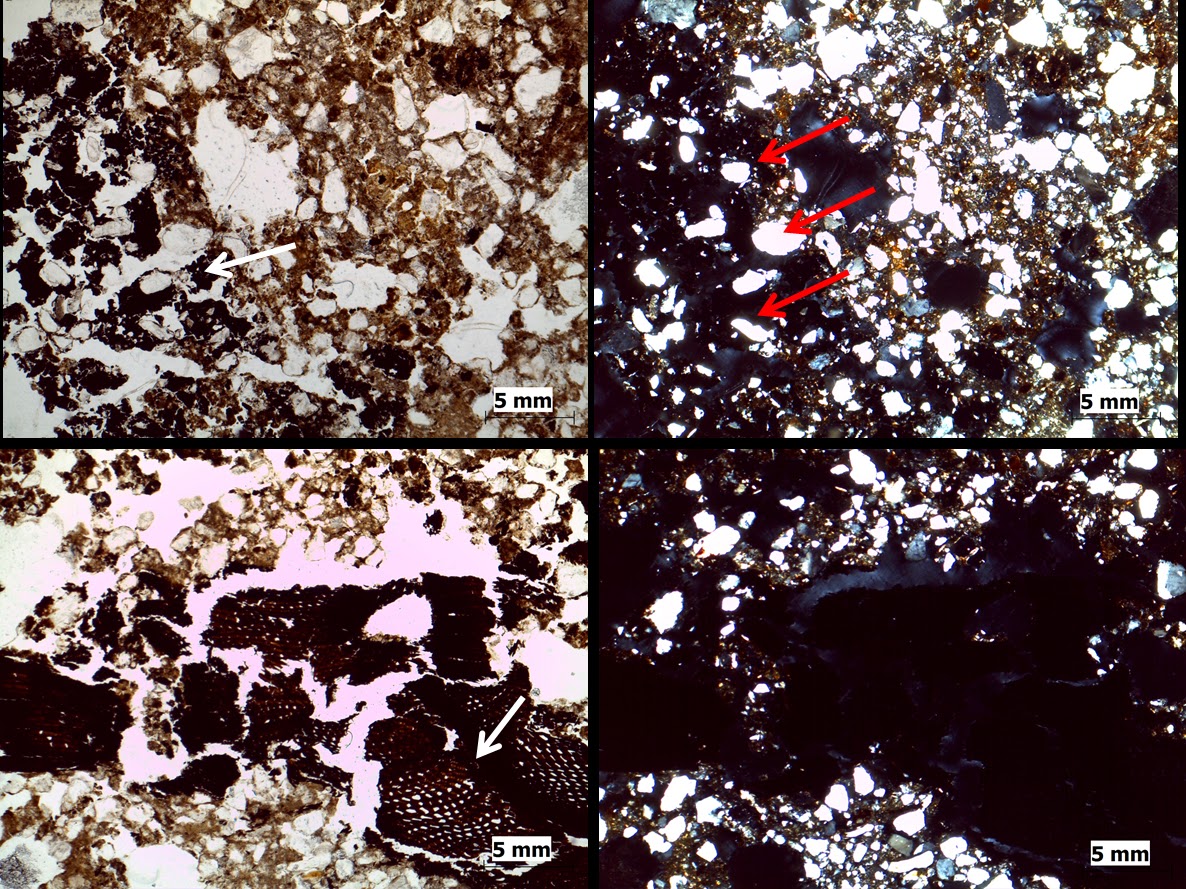